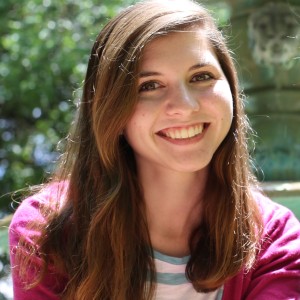 Catherine Tinker is a dear friend from the Swoon Reads community. I’ve known her when I was just a new member so I got really excited when she submitted her manuscript to the site! You don’t know how happy I am when Reconnected got chosen – and now I get to feature Catherine on my blog! ❤

What is your full name?

Catherine Tinker. My middle name is strictly between, me, my parents, and my debit card. 😉

When is your birthday?

How old are you?

Lately: “In Pieces” by Sucre or “Death In Reverse” by John Mark McMillan

Favorite place to read and/or write?

I’m one of those creatures who works best when completely alone, so if I want to get much writing done, I need to be home. As for reading, extended car trips have really helped me knock a dent in my Kindle list.

Probably Ella Enchanted. I kept that book in my backpack through all of fourth and fifth grade in case I ever got bored with my current library book and felt like dropping back into Frell instead. I got asked “You’re reading that again?” frequently.

Who are you when you’re writing?

Either an absolute gremlin who shuns all social interaction, or like a child who just had the lead role in the school play and is eager to sweep up any and all praise the adults have for them.

Who are you when you’re not writing?

A high school teaching assistant who wishes she had more time in the day and to somehow sleep while also perfectly absorbing every detail of every book in my TBR pile.

Which do you prefer more?

The high school TA is probably the more pleasant one to be around, but my hermit tendencies are strong.

What drives you to write more?

That feeling that something in one of my stories could be improved and the itch to figure out the best way to fix it. The story starts to feel like a puzzle and the thrill of solving it can’t be beaten.

How often do you experience writer’s block and what do you do to get out of it?

All the time. To try and get out of a rut, I’ll browse Pinterest to work on a board for the story idea to see if anything jump-starts my creativity. Other times, I’ll look through my music and put together playlists that suit the story to see if anything there can job my inspiration.

Are you a perfectionist when it comes to your work?

To a fault. I spent roughly two years trying to make one project work when it just wasn’t happening. When I finally let that one rest on the shelf, I let myself start entertaining new story ideas and began the first draft of Reconnected.

Do you like making outlines when you write, or do you prefer to start from scratch and work your way from there?

I live and die by outlines, spreadsheets, personal planner calendars. I absolutely need some way to organize my thoughts if I want to get anything done, ever. What I’ve tried to do more and more, though, is outline the emotional arcs I want the main characters to go through so I’m not as rigidly tied to certain actions or events in a story if they just aren’t working.

If you could do both at the same speed, which would you prefer: Writing on paper or typing your words? Why?

Typing my words. When I have a spare moment at work to jot something down, my handwriting can end up looking like a secret code and I don’t have any way of deciphering that. At least with typing, it’s easier to tell what I was trying to say.

What is the best writing advice that you could share with us?

Let the first draft be bad. For years I had a sticky note taped to my old laptop that said “You can’t pronounce ‘success’ without ‘suck.’” It can be painful to read back through that clinical-sounding stream of consciousness, but you absolutely can’t refine what you don’t have.

Of all the things that you’ve ever written (poems, essays, short stories, novels, etc.), which one is the most special to you?

Reconnected is the first novel manuscript I’ve successfully written from beginning to end. I’ve had several stories where I started, wrote some snippets out of order, or partially outlined, but Reconnected is special because it’s a reminder that I actually can write a whole book.

What inspired the idea of your first book, Reconnected? What made you decide on a retelling of Persuasion?

In middle school I was obsessed with the online game, Virtual Magic Kingdom. It was an online Disney Park and players could interact. It operated from 2005 until 2008 and while I’ve managed to keep in touch with several friends I made through the game, there are others I’ve wondered about.

The second-chance slow burn after a sudden break-off in Persuasion aligned almost perfectly in my head with the idea of long-lost internet friends. Especially since I hit my teen years in the mid-2000s, when every other news story was about online stranger-danger. Just as Anne Elliot’s family persuaded her that Frederick Wentworth was too lowly a match for her, how many long-distance friends lost touch over safety concerns?

Making Freddie a gymnast was 100% a result of the crush I had at the time on the entire 2016 U.S. Olympics men’s gymnastics team. did not watch their events for patriotic reasons.

What message would you like your readers to learn from that book?

There is no perfect, one-size-fits-all solution to owning up to past embarrassments and facing the future. I still regularly feel my eye twitch when I linger on a middle school memory for a moment too long, but

How does it feel to become one of the reader-turned-author members of Swoon Reads?

Surreal. I joined Swoon Reads in 2014 solely to read and vote for Kim Karalius’s manuscript. She had been the guest author for my college’s literary magazine my sophomore year, and we hit it off quickly. After her book was selected, I expected to slowly step back from Swoon over time, since I didn’t consider myself a romance writer at the time, and that was all they accepted when they began. Clearly, things did not pan out like that. I couldn’t get enough of cover voting and speculating on which titles would be picked next, and to suddenly be on the other side of that experience was an agonizing secret to keep for months.

Are there Swoon Reads members who helped you with your manuscript even before you posted it on the website? Can you share the journey of your book from its early stages to what it is now?

When I’d first mentioned on Twitter that I was toying with a Persuasion retelling I wanted to submit to Swoon, Kelly Zekas gave me a confidence boost I needed to keep at it. Sandy Hall graciously beta-read an early draft, as did Kim. Lydia Albano, Sheena-Kay Graham, Dianna Hurlburt, and Helen Pemberton all left such kind reviews and shouted about it online. I also have to give a shout-out to my friend and Camp NaNo 2017 cabin-mate Emma. She kept me sane during the blitz drafting I did to finally finish writing the thing.

What is the greatest challenge that you have encountered in the publishing world and how did you overcome it?

Something I’m still trying to navigate is the beast known as Goodreads. I still want to use it, as a reader, but it’s so tempting and easy to pop over to my own book’s page and see what people are saying about it, if anyone seems particularly excited, things like that. At the same time, the manuscript, as I originally submitted it, was left up to read after the selection was announced, and I started to panic; Had I left in something really problematic (even if unintentional, but still harmful), that people would see and judge the book on before I’d been able to fix it for the final product? Talking through these fears and staying focused on the things I can control with other Swoon authors has kept some of these worries at bay.

How would you define book discrimination?

A party in power tries to deter the success of a book for fear of their values and ideals being challenged. Being wrong is a useful means to developing a greater understanding, at the cost of your ego. We don’t like seeing too many of our habits or ideas represented in a villain on the page.

How do you feel about it?

Disappointed but not surprised.

What do you think is the cause of book discrimination?

Those in power fearing truth. Insecurity in their own beliefs. Police officers in South Carolina have challenged high school summer reading lists that feature The Hate U Give by Angie Thomas and All-American Boys by Jason Reynolds and Brendan Kiely. Both books explicitly confront the problem of police brutality. The officers claim concern that these books would perpetuate an anti-cop sentiment, even though The Hate U Give’s protagonist Starr has an uncle on the police force. If these offices took the time to read either book, they could use these stories as a springboard for self-reflection. Instead, they’re recoiling at works of fiction in which of those in their profession abuse their authority. (Source)

What would you do against it?

Buy the books that make those in power nervous. Show up for the author events. Buy a ticket to see the movie adaptation in theaters. Request the books through your library. Tell all your friends. Don’t quiet down.

More people should read Chicken by Chase Night because Night has penned a much-needed story of a teenage boy who likes boys while living in the midst of a deeply conservative, Evangelical Christian community. Casper Quinn is caught between who he loves and what he’s been taught all his life while seemingly everyone around him is ready to follow a Christian-run fast-food chain into war. If you remember the 2012 mess surrounding Chick-fil-A, you’ll know where this is going. Almost.

Thank you so much for participating in my blog event, Catherine! Looking forward to reading the final version of Reconnected! ❤

What do you think? Cancel reply

This site uses Akismet to reduce spam. Learn how your comment data is processed.

Search and you shall find…

Support me on Ko-fi!